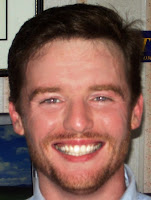 I just read the Town Manager’s post and am afraid she has not done much to reduce the controversy. While I am confident that she is doing a tough job as best and as sincerely as she can, I do have a problem with some of her comments here.
Ms. Crosbie writes, “I never committed to a level service budget for FY09.” Well, it may be true that Robin Crosbie, public administrator, made no such personal promise. However, her superiors, you know the actual policymakers known as the Select board, did make such a commitment when they voted to support the Budget Strategies Committee proposal on the override. One wonders who’s really in charge at Town Hall.
Ms. Crosbie also made clear that she was not cutting special education by more than $350,000, but rather was merely cutting the recommended school department budget by that amount. She went on to say that many departments would not get their requested amount for FY09. For this attitude we may have the Charter’s mandated consolidation to blame. Ms. Crosbie seems to think that the School Department is just another department under her charge. This is a very counterproductive perspective. The school budget goes through a transparent and rigorous process and is voted on by the elected policymakers known as the School Committee. The number given to the Town Manager by the School Committee is not simply another request from a town department. It is the recommendation of elected policymakers, which this year was strictly governed by the agreement reached by all three town boards – an agreement now being breached by the Select board’s chief administrator. If the Select board chooses to allow Ms. Crosbie to lead them around by the nose, that is their prerogative. The School Committee, however, is not so inclined.
Ms. Crosbie’s inappropriate intent to meddle with school budgeting and administration was even more egregiously on display later in her post where she had the audacity to question the administration of our Pupil Services department. She says parents and residents have shared their concerns about SPED with her and even recommends that an “outside management study” be considered to evaluate the way we provide special education services. WOW! Our pupil services and schools in general are run extremely well. I assume this ridiculous assertion is an attempt to deflect some of the criticism being leveled at the non-school departments in town.
On the bright side, Ms. Crosbie does demonstrate an appreciation of the big picture when she writes:
“As for the FY09 budget - we need to quit thin-slicing the words "level service budget". Let's face it, the proposed FY09 School and town budgets are not level service budgets. We need to look at the big picture. The Long Range Plan (remember that Plan?) identifies a number of economic development opportunities. As I said at my forum, economic development in Longmeadow must be a deliberate and intentional activity. Economic development is a school issue - the schools will be the primary beneficiaries in terms of new revenues - and school officials need to get behind this.”
This is all true, however, it in no way justifies cutting the school budget one thin dime because it is the School Committee that has routinely taken the lead in Longmeadow when it comes to acknowledging revenue needs and pushing for more responsible tax policy! This is particularly frustrating this year because it was the School Committee that got out on the street and sold the override that has kept us all afloat and made such economic development opportunities possible. As she herself admitted, without that override, we’d be in much deeper trouble. The School Committee unanimously supported that override. The School Committee has produced a wonderful strategic plan. The School Committee and the Superintendent are doing a considerable more professional and effective job than is being done on the non-school side of town. I suggest Ms. Crosbie not bite the hand that feeds, or question the competence of the most well managed department in town. Without the leadership of the School Committee she would be up a creek without a paddle. Remember, the override proposal only passed the Select board by one vote. Imagine where we’d be if Dr. Grady and Mr. Santaniello had succeeded in killing the override proposal.
In conclusion, Ms. Crosbie should not force the School Committee to take back the money she cut on the Town Meeting floor. I think town hall and the Select board have been embarrassed enough recently and should not have to be taken to task once again in front of the whole town. As someone who trains town administrators in Connecticut, I can tell you that town managers are often not particularly well suited to oversee school departments. If the charter has given our town manager too much authority over the schools it may have unintentionally produced a “tail wagging the dog” scenario that is not in the town’s best interests. I think it’s time to take a closer look at the Charter and its results to date. Clearly, unintended consequences have already reared their ugly heads.
Jerold Duquette
Posted by Jerold Duquette at 3:21 PM

You make a very intelligent argument.

Keep up the good work!