On Monday, September 12, 8 candidates were interviewed for the two vacant seats on the Longmeadow School Committee in a joint session of the Select Board and the SC.

Below are photos of the candidates who participated. 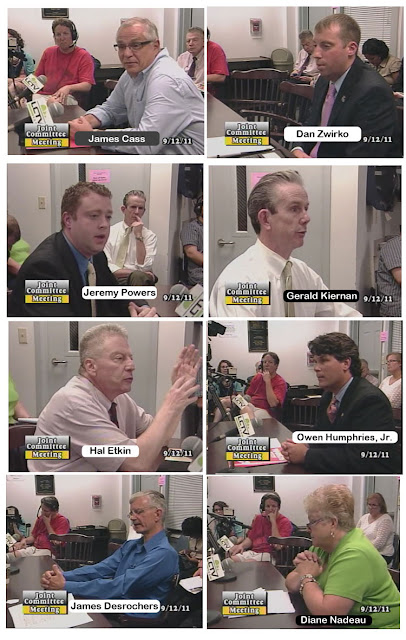 A number of these questions/ answers were captured and can be replayed below.
The School Committee clearly needs a change in membership to better balance the fiscal responsibilities between the education needs of the child and the needs of our town.  After listening to the questions/ answers during this interview session, it is quite clear that the voting for these appointments is setting up to be along Democrat/ Republican party lines even though SC Chair Jester stated during these interviews that the SC itself is strictly non-partisan.

From what I heard the top choices that would improve this fiscal balance would be to appoint Jeremy Powers and Gerard Kiernan to the vacancies on the School Committee.  Both individuals are strong candidates with very different skills and knowledge and would clearly strengthen the School Committee.  I urge all SB + SC members to make their candidate selections based upon what's best for our town.

I ask all town residents to watch the full replay on LCTV and then to email, phone, Tweet, Facebook, etc. all of the Longmeadow SC + SB members with their two choices. Appointments to the two vacant seats will be made in another joint SB/SC meeting on October 3.
Posted by Jim Moran, LongmeadowBiz at 9:33 PM