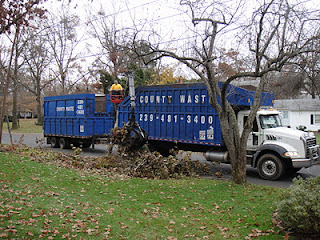 I read with interest Alex Grant’s column (Longmeadow fleeced) on the Opinion page of the November 24th edition of the Longmeadow News in which he is critical of the cost of the post-storm clean-up.  As usual, Mr. Grant pulled no punches in getting to the heart of the matter.   As I was reading the article I couldn’t help but say to myself, “What on earth would compel our town leaders to enter into such a terrible contract?  What WERE they thinking?”  But then I realized that although I didn’t know what THEY were thinking, I did know what I was thinking, and probably ought to share those thoughts with the readers of Mr. Grant’s column.  So here goes.  What I was thinking was that:
So those are some of the things I was thinking when I was one of the five town leaders who approved the contract with Ashbritt.  According to Mr. Grant’s article it was ”a very bad deal”.  I disagree.  It was neither a good deal nor a bad deal, it was a necessary deal; one based on the need to secure public safety in a timely manner.  More importantly it was a deal I’d approve again given the same timing and circumstances.

Mark P. Gold
Posted by Jim Moran, LongmeadowBiz at 9:37 AM

Great summary and very much to the point. Your last paragraph says it best. Job well done and thank you.