It seems that we have been here before with expansion plans for the Longmeadow Shops….

Some interesting information has surfaced in the last couple of days including some court documents from more than 30 years ago.  It turns out that the Longmeadow Board of Selectmen and the Planning Board filed a complaint in the Hampden County Housing Court seeking to nullify a Zoning Board of Appeals decision allowing S. Prestley Blake to expand the west end of the Longmeadow Shops.  Here is a link to a Springfield Union news article (February 27, 1982) about this controversy. 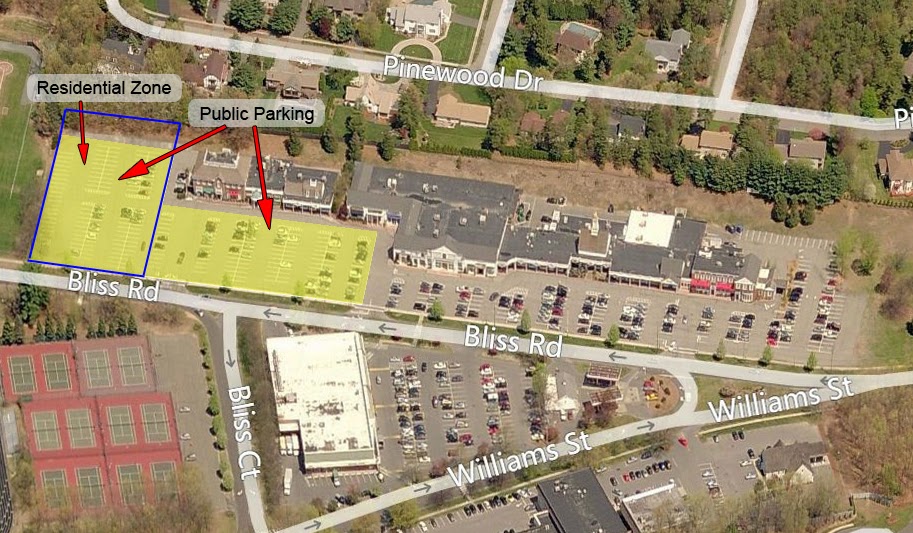 It is interesting that the Longmeadow Shops and/or the nearby retail establishments in recent years have occasionally hired private "attendants" to police their parking lot and to block town residents and others from parking in this west lot during sporting events if they were not customers of the Longmeadow Shops.  This issue is particularly of consequence during Friday night Longmeadow HS football games.  This enforcement was deemed necessary because of the increased parking needs for the patrons of Max Burger and other establishments.

In addition, the Longmeadow Shops did not allow the School Building Committee to use any of their parking for teachers/ students during construction of the new high school forcing the town to construct temporary parking lots.

With the limited parking spaces available in all of the surrounding retail areas (including Big Y and the Williams Place mall) there is nothing to prevent these other businesses from asking their employees to park in the "municipal lot" "public lot” so as to provide more space for their own customers.

We need to hear some answers before we vote at the Special Town Meeting on February 3.
Posted by Jim Moran, LongmeadowBiz at 1:40 PM

Great questions, hope someone asks them at the meeting.