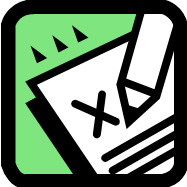 At first glance it would appear that there is no real choice for Select Board in Tuesday’s annual town election.  Paul Santaniello and Richard Foster will be elected.  This is why another look is warranted.

During his recent LCTV interview Mr. Foster stated that he was primarily interested in the one year seat.  However, he didn’t post his election campaign signs around town until after the May 15 special election which was for the one year seat.

Mark Barowsky won the one year seat in the May 15 election.  His name is on the ballot again for the three year seat.  Mr. Barowsky has stated that he will be at the polls on Tuesday telling people not to vote for him.  That could result in Mr. Foster being elected.

I urge town voters to consider carefully about electing Mr. Foster who stated in his LCTV interview that he wants to improve everything from schools to streets while identifying no real priorities or revenue sources other than reduction/ elimination of town services.  His performance as chairman of the Capital Planning Committee was not very good.  Over the past two years the Capital Planning process appeared to be broken because of his lack of leadership.

There is an alternative to voting for Mr. Foster.

Yes, there will be a need for another special election but it can probably be conducted during the September primary election at no additional cost to the town.  By then, perhaps a more qualified individual will come forward.

As many town residents, including myself, have stated Longmeadow has deep fiscal problems.  We will be paying for the new high school for the next 30 years.  We have an additional $2.5 million debt that needs to be paid off thanks to Mother Nature.  Our property taxes are by far the highest in Western Massachusetts (see Longmeadow Buzz post- Longmeadow Property Taxes Since 1990) while home sales prices are plummeting and foreclosures are increasing (see Real Estate Buzz post- 2012 Shows Disappointing Home Sales So Far).  Our streets, storm sewers and the DPW facility are in desperate need of repair.

We need capable Select Board members who are going to lead our town through this financial mess. I believe that Mr. Foster is not the person to do this.

I urge you to vote on Tuesday for SANTANIELLO and BAROWSKY for the two- 3 year Select Board seats.
Posted by Jim Moran, LongmeadowBiz at 12:08 AM