Longmeadow's Town Government is not working! 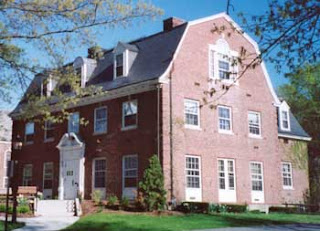 Longmeadow's form of government (Select Board/ Town Manager/ Town Meeting) appears to be broken or in desperate need of repair.


For the past two years we have had town elections for both Select Board and School Committee in which there were no voter choices. Voter turnout at these elections was very low with the Special Election on May 15 having the lowest turnout in recent history with less than 3% (344 out of ~ 11,900 registered voters) showing up to the polls. Only 535 voters turned out at the June 2011 town elections.

The upcoming annual town election on Tuesday again presents a slate of unopposed candidates with voter turnout likely to be less than 4% (or ~ 400 voters- my prediction).

The June 2010 ATE included the new HS override + a contested SB race. The June 2009 ATE had contested elections for both SB and SC.

Recent town meetings have even less voter participation. Here are some recent turnouts...

During the past year two vacancies on the School Committee were filled by candidates through a difficult School Committee/ Select Board interview/selection process. It is good to see that two of the three appointees are on the election slate for Tuesday.

The fact still remains that after Tuesday only three members of the Select Board and School Committee (Gold/ Barowsky/ Jester) have been elected in a contested race.

In effect Longmeadow has a self appointed form of government.

The Select Board should consider formation of a new charter commission to study our alternatives. Perhaps, a mayor/ town council structure would be a more effective way to manage our town.
Posted by Jim Moran, LongmeadowBiz at 12:34 PM