This article was sent to the LongmeadowBuzz blog by Mark Gold, Member, Longmeadow Select Board for publication. 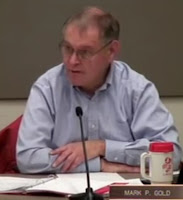 To the Citizens of Longmeadow,

Thank you, Richard Foster, for correcting an error that could have cost the taxpayers of Longmeadow $50,000.  The issue is the purchase of a snow plow.  The story is complex.

I must preface this letter by noting that over my eight years as a member of the Longmeadow Select Board I have tried very hard not to extend select board differences beyond the discussions that are held during our meetings.  Although we may oppose one another during our meeting, sometimes quite vigorously, we pride ourselves on being able to “agree to disagree” and move on to the next topic, either at that meeting or the next.  Criticizing my fellow Board members in public is not healthy for the work of the Board, nor for the town.  The intent of this note is to thank Mr. Foster and to let the people in Longmeadow know that the system again worked, although it is clear to anyone who followed this story as it unfolded that not all town officials are singing from the same hymnal of “treat the town’s money as if it were your own.”

At its meeting on October 21st, the Longmeadow Select Board was asked to authorize that Article 5 be placed on the warrant for the Special town meeting that is being held on Tuesday, November 7th.  Article 5 seeks town approval for the purchase of a truck, plow, and sand spreader to replace the vehicle that was destroyed in the tragic accident that took the life of DPW employee Warren Cowles last winter.  The town manager proposed that the town appropriate from various funds, a total of $225,000 for the purchase of a replacement vehicle.  The “leftover”, but new, 2016 model vehicle was available immediately, and would assure that the DPW entered the 2017-18 snow-plowing season with a full complement of plows.  The requested vehicle was, by several thousand pounds and over 100 horsepower, larger than any that had previously been purchased by the town.  During the discussion on accepting this warrant article, Mr. Foster opposed its adoption on procedural grounds: the specifications had not been vetted through the town’s Capital Planning Committee and there had been no review of the vehicle with the fleet management study and plan that had been adopted by the Select Board several years ago.  I opposed the placement of this article on the Warrant because I felt the vehicle was too large and $50,000 more expensive than the purchase of an equivalent replacement.  The Town Manager and DPW Director argued that the timing and availability made the purchase of this vehicle essential to assure the proper care of town roads this coming winter.

On a vote of 2-2 (Ms. Angelides and Chairman Lachiusa voting for the measure, Mr. Low being absent) with Mr. Foster and me voting against the placement of this article on the warrant, Article 5 did not receive the majority vote needed to approve its placement on the warrant.  The Select Board proceeded to consider additional warrant articles.

More than 15 minutes after the vote was taken on Article 5, Town Manager Crane asked that the Board reconsider the vote on Article 5.  He noted his concern about the need for the plow and the importance of having the purchase of the plow approved at the November 7th meeting.  The chair accepted Mr. Crane’s request, and a motion to reconsider was approved.  During the reconsideration, an additional 20 minutes of discussion took place.  It was noted that the long lead time for most DPW vehicles was such that if the appropriation were delayed until the May, 2018 town meeting, it was likely that the town would be without a replacement snow plow for both the 2017-18 AND the 2018-19 winters, but by appropriating funds now, although we would be short one plow this winter, we would have the plow in time for the 2018-19 season.  My background as former chair of the Capital Planning Committee gave me the confidence to know what a snow plow should cost, and I was willing to approve the placement of a warrant article for $175,000 on the Special Fall Town meeting warrant as a way of assuring that the Town wasn’t short a plow for the next two winters.  Among the variations considered to get this article approved for placement in the Warrant was indeed to revise the appropriation from $225,000 to $175,000, with the intent of more closely examining the vehicle specifications prior to Town Meeting.

That proposal was quashed, when the Town Moderator, who was serendipitously present during this discussion, made it clear that a $50,000 increase in the written appropriation request would not be in order, and the Town Manager wanted to retain the ability to authorize the higher amount.  I would not support the warrant for $225,000, believing that we were purchasing a vehicle that was too large, and too expensive for the town.  My ire was particularly piqued when it was noted that because over $60,000 of the appropriation was coming from the accident insurance settlement, the actual cost to the town was not $50,000 larger than in the past.  My comment that most homeowners who receive a $6,000 settlement when losing a $25,000 vehicle didn’t go out and buy a $31,000 replacement was
essentially answered with “well I did”.   When a vote was called, the reconsideration of Article 5 passed by a vote of 3-1, with me being the only dissenting vote. 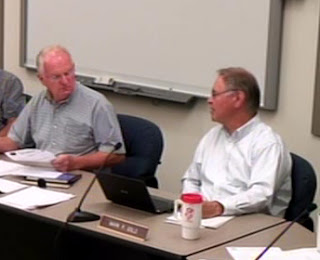 Early the next morning Mr. Foster called me and noted that his personal review following the Select Board meeting identified that the truck that was being recommended for purchase through Article 5 was indeed too large – it was not in compliance with the DPW fleet study and was probably $50,000 more money than the town needed to spend.  Mr. Foster then took it upon himself, over the next two days, to work with the DPW staff to identify the properly sized replacement vehicle.

On Wednesday, October 18th, Mr. Foster and I requested that a special meeting of the Select Board be called to change the dollar appropriation request in Article 5 on the Special Town Meeting Warrant.  That meeting was called for 5PM on Friday, October 20th.  Between Wednesday and Friday, the DPW found an appropriately sized truck, plow, and spreader assembly that was available for immediate delivery.  The cost of the appropriately sized 2018 model vehicle was $175,000 – precisely the $50,000 reduction that had been discussed at our Monday meeting.

On Friday, October 20th, a special meeting of the Select Board was held to revise the wording of Article 5 of the November 7th Special Town Meeting warrant. By vote of 4-0 (Ms. Angelides was unable to attend at that time), the Select Board revised the article to ask that Town Meeting approve the purchase of a truck, plow and spreader assembly that reflects the reduced purchase of the properly sized vehicle for a total cost of $175,000.

Again, I write this story because I believe it is important for Longmeadow Town residents to know that the system does indeed work.  Mr. Foster’s diligence in examining the proposal, and his willingness to turn his realization that his vote was wrong into action, is worth noting.  The initial vote was taken during a regular, televised, Select Board meeting, and based on the communications I received, was noted by many.  This corrective action was taken in a special meeting not widely communicated to residents.

$50,000 is real money, and town residents need to know that although there may be those who would short-circuit the review and approval process in the name of expediency, there are others, like me and Mr. Foster who, in fact, spend the town’s money with the same care as they spend their own.  I have chosen to communicate this story, and thank Mr. Foster publicly in this manner, because I will be on a medical leave that will prevent me from thanking him at the next Select Board meeting or at Town Meeting, and I believe that Town Residents should know that the controversy and disagreement they heard in the televised October 16th meeting have been resolved.  It is in the town’s best interest to approve the revised Article 5 as it now appears on the Special Town Meeting warrant for November 5th.