The Fragility of Great Homes 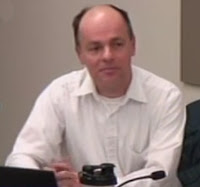 The Brewer Young mansion was the home of rich people, and the house, its outbuildings, and grounds had the trappings of grandeur from a bygone age.  The Town of Longmeadow will decide whether it will permit that mansion to be converted from residential to professional use, which is the only viable plan to save the deteriorating structure.  This residence of more than 10,000 square feet rests in the historic district on the green, and we must decide whether to hold fast to an abstract notion of historical purity, even if it means losing the mansion altogether.

The mansion was built in 1884 and had a succession of short-lived owners until Mary Ida Young, reaping the fruits of the Absorbine Jr. fortune, took hold of the property from 1922 to 1960.  It had its heyday during the Mary Ida era, boasting a large carriage house and a racetrack for horses that extended down toward the river.  The historical record shows that the mansion was the very picture of an extinct gilded age, of teas and dances and garden parties, a world of servants and footmen and gardeners, straight out of the Great Gatsby. 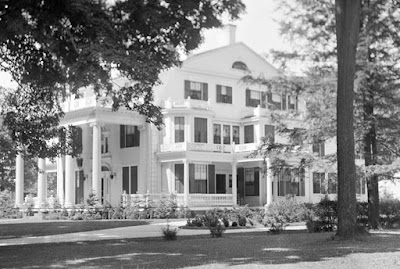 In recent years, the owners of the mansion have either had a lack of money or lack of willingness to maintain the place.  The racetrack is long gone.  The carriage house has been sold and converted to a residence, and the great house has been ravaged by time and neglect.  The peeling paint, evident for years, is just the most outward sign of decline as the house has suffered from more fundamental failings.  One of the great columns supporting the porch roof collapsed and had to be replaced with an unsightly wooden beam.  Water has leaked through the roof, destroying plaster and causing other damage.

The property has suffered many indignities, including foreclosure by the bank and occupancy by a renter who had to be evicted.  The house is probably close to being unsalvageable.  The days of orchids growing in the greenhouse, the pond stocked with koi fish, a menagerie of horses, peacocks, swans, pheasants, deer, and sheep residing on the expansive grounds are dim memories.  As one writer put it, Mary Ida Young is probably rolling over in her grave.

Into the breach has stepped a group of investors, willing to invest a king’s ransom to restore the mansion, but to make it into professional office space.  After all these years, not a soul has come forward with the funds and desire to live in the house in the grand tradition of Ms. Young.

This attempt at historical purity shows a willful blindness to the lessons of history.  The train of human events is an unending pattern of fortunes made and fortunes lost.  Rising action and falling action.  Ascension and decline.  Periods of prosperity and periods of depression.  Empires rise to great heights, and they collapse.  Nothing is guaranteed, and nothing stays the same.

Great men and women can achieve immense wealth and power, they can hold the fates of multitudes in their hands, and yet they are as mortal as the rest of us.  When they die, they cannot take their fortunes with them, and they cannot control the upkeep of their properties.  Mary Ida Young may roll over her in her grave if she could see the desecration of her home, but that is all she can do.  Mansions, like any other house, require constant affirmative acts to maintain their splendor, and it is left to the living to choose whether to take those actions.

Time is not kind to great homes.  Monticello, the architectural marvel designed by Thomas Jefferson, fell into decay soon after his death.  His heirs lacked his aptitude to consistently secure loans he could not repay.  Mount Vernon, the house and estate owned by the great George Washington, nearly fell into ruin a few decades after he died.  It was left to the Mount Vernon Ladies’ Association, a philanthropic group, to bring the property back from the brink of complete destruction.  Even today, those two estates depend on a steady stream of paying visitors to stay afloat.

It should be no surprise that a mansion in Longmeadow with a less impressive pedigree would decay over time.  The plan to restore the mansion and to achieve its original look, albeit with some interior modifications, is a remarkable gesture toward a property whose significance may be driven less by its impact on local history than by a fascination with the lives of the rich and famous.  For historical preservationists, this is as good a deal as the Brewer Young mansion will ever get.

Alex J. Grant is a lawyer living in Longmeadow.
His email address is alex.grant68@yahoo.com.
Posted by Jim Moran, LongmeadowBiz at 12:46 PM

Thank you for posting this informative article. I agree that using the Young Mansion for professional spaces may be the best offer to come along. The longer we procrastinate, the more the house decays!