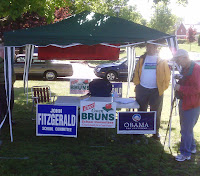 The only significant way to honor our way of life is to live it, and to defend it when we can, as best we can.
Posted by Jerold Duquette at 10:31 AM No comments:

The Storrs Library in Longmeadow is participating in the Department of Conservation and Recreation’s Use Nature As Your Library program. This program allows library patrons to borrow a ParksPass and visit Massachusetts state parks for free. The Library is also a participant in the Mystic Aquarium Institute for Exploration library pass program. This program allows the pass users to save on the admission price to the Aquarium. The Passes for both programs are available at the Circulation Desk. For more information call 565-4181.
Posted by Barbara Fitzgerald, Adult Services Librarian at 3:32 PM No comments: