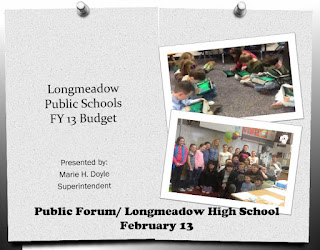 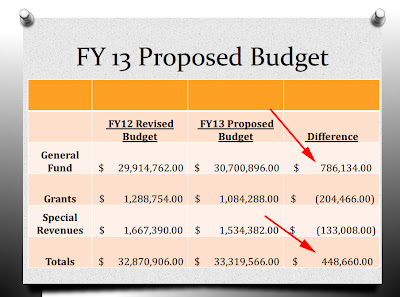 Some members of the SB had expressed optimism that the total FY2013 budget could be held flat from last year in order to mitigate Part II of the increase in property taxes that will occur in FY2013 due to the new HS project.  It will be interesting to see how much increase there will be with the FY2013 budget that will be presented at the ATM for approval by town voters.
Posted by Jim Moran, LongmeadowBiz at 9:44 PM 2 comments: