Time For Change by Alex Grant 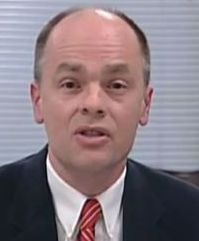 In the past few months, I have spoken to many Longmeadow town residents with differing political philosophies, people with differing views about the role of government, about the appropriate level of taxation, and about how to prioritize the needs of today and the needs of tomorrow.  Many of these people would seldom agree on matters of town politics, or even of state or national politics.  But these same people have consistently said that Longmeadow needs change on the Select Board.

Over the past year, town residents have seen a town manager search that started too slowly and took too long; the result was that it took 18 months to replace Robin Crosbie after she gave her notice.  The vacancy for the director of Adult Center was not posted for five months, and that position went unfilled for most of the year.  The Maple Road paving project started too late, it took too long, and the result was a big mess and wasted tax dollars.  And the year culminated with the overwhelming rejection of the Select Board's budget at Town Meeting.

If that track record counts as success, then town residents would hate to see failure.  The current lineup on the Select Board is out of step with what the people of Longmeadow want to see in their town government.  The dysfunction on the Select Board can be traced to the disconnect that exists between the voters and the board.

A symptom of that disconnect is the overwhelming percentage of men–80%–on our appointed boards.  The Finance Committee has no female members, and it hasn't included a woman since 2009.  We are clearly not utilizing all of the talent that exists in Longmeadow.  If elected, I will have no higher priority than to reach out to talented people who have not served before to fill the vacancies that exist on our appointed boards.

Keeping the same group in power in times of good performance and bad means that we keep having the same conversations over and over.  The same issues repeat.  Politicians try to divide residents over town vs. school.  We hear clarion calls of crisis over the state of the town's infrastructure by the same politicians who presided over the making of that crisis.  We hear startling figures of $140 million and $180 million for capital spending, and there is no long term capital plan, and apparently, no desire to produce one.

In my professional life, I have worked at a corporate law firm in Boston, and I have been a federal prosecutor for nearly 15 years both here and in Washington, DC.  I can recognize when government is working well and when it is not.  I also understand the meaning of public service.  A member of the Select Board, above all, serves the public.  Questions, comments, and concerns from town residents are not impediments to getting things done on the Select Board.  The input of town residents is not an annoyance.  That interaction is an essential part of the job, and indeed, the most important part of the job.

The Select Board cannot, under our Town Charter, go it alone.  Our form of direct democracy requires engagement with voters because they have the final say.  The Select Board also needs to work collaboratively with the School Committee and our other boards, just as our interim town manager suggested we should do in coming up with a capital plan.

The genius of our form of government is its capacity for change.  We are not doomed to stagnation because the opportunity for new ideas and fresh perspectives exists so long as we have elections and people are willing to serve.  I am willing to serve, and I am ready to listen and to communicate with voters in a way that no Select Board member has done in the recent past.  Together we can make a change on June 11.

My email address is alex.grant68@yahoo.com.
Posted by Alex Grant at 7:24 PM No comments:

Mark Gold Asks For Your Vote on Election Day 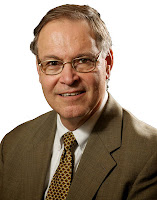 The following letter to the editor was submitted by Mark Gold, current member of the Longmeadow Select Board to the Longmeadow Buzz blog and Longmeadow News for publication this week.

I have been privileged to serve on the Longmeadow Select Board for the past four years.  During that time we have accomplished much, but there is work that remains to be done and I am again asking for your vote so that I may continue to serve the Town as a member of your Select Board.

In each of the past four years I have been instrumental in the preparation of the town budget – balanced budgets that have maintained the level of services that town residents have come to expect, while at the same time keeping our tax rate within the limits of proposition 2 ½ . As I promised when I ran for this position, I have come to each meeting prepared and having done my homework, bringing a common sense approach to resolving the town’s issues.  I have initiated compromises when I felt they were necessary yet was not afraid to assert my position when that made the most sense.

I am proud of my contributions to the town these past four years, not just in the role I played in four consecutive quality budgets, but in many other specific activities, including the following:
Despite these successes, there is much more to do.  Chief among my goals remains the implementation of new cost saving and revenue generating programs for the community.  The values that Longmeadow residents continue to express require that town expenses be able to grow beyond the constraints of property tax revenues.  By seeking new revenue sources that are consistent with the character and priorities of the town, we can continue to fund the programs and services that are important to all our residents while minimizing tax increases.

To provide the balance that I believe we all realize is necessary to this town, I ask for your vote on June 11, 2013.

Watch the May 29 Select Board Debate 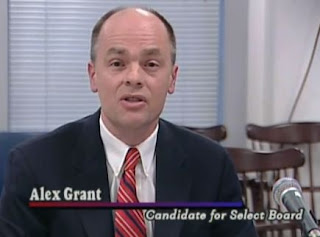 Watch the May 29 Select Board Debate here and decide for yourself whether it is time for change on the Select Board.
Posted by Alex Grant at 9:40 PM No comments: 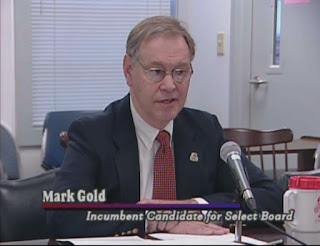