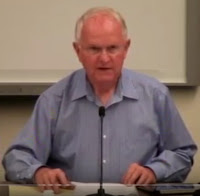 Please plan on attending our Town Meeting to support your position on the rezoning issue.
Posted by Jim Moran, LongmeadowBiz at 8:43 PM No comments:


When our family gets together, we often reminisce about the wonderful experiences we had over the years at 734 Longmeadow Street.  As young kids, playing hide-and-seek... as teenagers, celebrating the holidays with friends… as adults, hosting a party or welcoming a newborn to the family… the property is a bottomless well of memories.

Perhaps that is why it was so difficult for us to sell the property back in 1989.  The moments, the history, the sentimentality of it all.

But if we said that is primarily why it was so challenging to sell the property, we would be lying.  The reality is that there was another aspect in owning and selling an approximately 11,000 square foot home that is over 100 years old.  But we’re getting ahead of ourselves in this story.  Let’s back up a little.

When our matriarch of the family business, Mary Ida Young, purchased the property in 1922 to use as her personal residence, she initially employed a large staff of caretakers, landscapers, an arborist, maids, and a cook to help run the property.  If you look at some of the archived black & white photos of the interior and the grounds from that period, you get a sense of the attention to detail and the sheer scale involved.

In fact, care of this very large home with its sizable carriage house and adjoining horse stables, as well as the detached greenhouses, fountains, rose garden, horse track, and over 30 acres of architected land became a 24/7 responsibility for Mary Ida.  Subsequently, some of her staff lived on the premises full time, both within the servants’ quarters of the main house as well as in the rear carriage house.

Although Mary Ida decided to name the property “Meadowview Farms”, our family eventually used a more informal nickname when referring to the main house itself… it simply became “the big house”.  Thinking back, we can’t recall a single instance of anyone in our family referring to the property as “the mansion”, “the Young mansion”, “the Brewer-Young estate” or any other mix of formalities.  That was too much outside our comfort zone.

Over the decades, the overall size of the property diminished.  In 1959, numerous acres were lost to the construction of Interstate 91.  In 1977, the carriage house, adjoining stables, and a few surrounding acres was parceled off to create an additional residence for the family.

Likewise, the size of Mary Ida’s staff diminished over the years, especially after her passing in 1960.  By the 1980s, her grandson and president of the family business, Wilbur Young III, relied upon local contractors to maintain the property.  Members of the family also took on some of the work around the property, which we honestly relished at times.  Especially when it involved putting around on the tractor, or being rewarded with mouth-watering burgers from renowned White Hut.

Yet even with reductions in the property’s size and overhead, annual expenditures including maintenance, utilities, insurance, and taxes exceeded $50,000 during the 1980s.  And this was without any mortgage, or any major expenditures such as the much-needed replacement of the knob-and-tube electrical wiring that continues to deteriorate to this very day.

Upon the sudden passing of Wilbur Young in 1987, we were faced with the difficult decision to put the main house and surrounding land up for sale.  What we suspected and validated over the following two years, was that no one was seriously interested in purchasing this very large and very old house as their personal residence.  Keep in mind this was during a time when the local economy was very strong, and the structure itself was in much better condition than it is today.

After considerable reductions in our initial asking price, we finally sold the property to a pair of investors at the end of 1989.  These investors intended to re-purpose the house for non-residential use, while simultaneously parceling off most of the land in the rear to develop single family homes.  Upon the inability for the new owners to receive approval for a change of use of the main house property, they eventually were forced to re-list it for residential use.  This began an ongoing cadence of re-listings, ownership changes, price reductions, foreclosure, eviction, and ultimately, neglect.

Whenever the main house was put back up for sale over those many years, friends occasionally would ask us purely out of curiosity if anyone in the family wished to buy the house back.  As much as we all love the big house, in all sincerity, the usual response was “Not even for a dollar”.

Yes, the house was our family home for over five generations, and we miss it dearly.  And from the community’s perspective, it is a distinctive landmark that has significant historical and architectural value.  But the other reality is that this aging edifice and its surrounding grounds is an extraordinary financial burden for anyone who owns it.  To think otherwise would be foolish.

In light of recent conversations happening within the community, we’d like to impart you with five relevant beliefs based on our experience of owning, maintaining, and selling this unique property:
We can only hope that people vote “yes” on January 25, so that future generations can experience this distinctive town landmark for another 100 years and create some new memories.  Ultimately, this is for you, the residents of Longmeadow, to decide.

Sincerely,
Todd and Tyler Young
The last Young family members to reside in what is currently referred to as the Brewer-Young estate.
Posted by Jim Moran, LongmeadowBiz at 1:14 PM 1 comment: