Having reviewed the Hampden County RECC Feasibility and Technology Study Report prepared by The Carell Group, Inc, I have a very hard time understanding why you choose, at the point, to push forward. 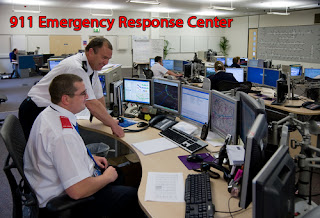 In the Executive Summary (page 7) the report indicates that the basic premise for basic cost effectiveness of plan implementation is based on the receipt, from the State, of a 200% 911 Subsidy.  No where in the report is the certainty of the collection of this subsidy discussed, and the State has demonstrated that promised of reimbursement are not guaranteed.

The report does not recommend for Longmeadow a 5-town dispatch center.  The report is at best inconclusive as it recommends 4 options.
The three recommendations in bold have yet to be explored.

The report clearly states that "Ludlow has something extra to gain by joining a RECC" (page 12), and that "Hampden would gain the most from a cost savings perspective" (page 10).  With implementation of a 5-town dispatch center, the taxpaying residents of Longmeadow would be subsidizing the residents of those communities.

Clearly selectmen voting to move forward on this project would be doing so against both fiscal and common sense.  Implementing a 5-town RECC is a losing proposition in many ways.

First, the numbers in the report show that for the Town of Longmeadow the only way the Town is a net cost winner is if the State 911 subsidy rate is 400%.  Second, the town's leadership has failed to explore any of the three other recommendations of the report highlighted in bold above.  And finally, a project of this size should not be considered in isolation when the town has other projects to consider such as Public Works, Middle Schools, and the Senior Center.

I support regionalism, but not regionalism whereby our Town residents are clearly paying more, losing a town resource (the Senior Center), and recommended options have yet to be explored.

Greenwood on the Chopping Block

This opinion column was submitted to the LongmeadowBuzz by Alex J. Grant, Longmeadow Select Board member. 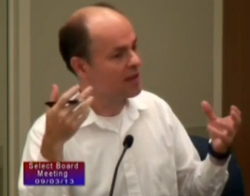 The proposed regional 911 call center (RECC) is a significant policy question that could cost Longmeadow millions of dollars.  It would also impact a number of other building projects that are being proposed or planned.  There are many uncertainties, but the real question is whether voters will have a chance to decide whether to take a step toward regionalization that is likely to have an impact on their taxes.  I believe voters and their elected representatives should decide that question.

The June 15 presentation to the Select Board by consultants engaged by the town of Longmeadow and four other towns (Ludlow, Wilbraham, Hampden, East Longmeadow) was an eye opener.  A few days later, Select Board members received the full 220 page report which had been finalized on May 26.  The headline for me and probably for most of the community was learning that Greenwood Center had been identified as the likely location for the center.  Indeed, the report states: “the existing school building is available for conversion for RECC operations.”

Residents should understand that at no point has the Select Board voted to make Greenwood available for the regional call center.  How the consultants came to understand that Greenwood is available for that purpose is unknown to me.  More ominously, the other two possibilities studied by the consultants, the Hampden and Wilbraham police stations, are virtually ruled out in the report.  Make no mistake, Greenwood is the target.

The report provides drawings that show that a wing of Greenwood would be renovated to displace what is now a gymnasium and a number of other spaces that support a large variety of recreational and community programs, like the afterschool program and summer camps.  The proposal is for construction to begin during the summer of 2016.  No plan has been presented for how the town would cope with the loss of such a significant part of Greenwood.  With space in town and school buildings already tight, it is hard to imagine how we could maintain the current town services unless new space is built.

Replacing the loss of the Greenwood space will no doubt be expensive, and it is not even clear where we could build if we had the money.  Of all the five towns, space constraints are surely the most acute in Longmeadow, which has very little land for development.  Even assuming the 911 center could be paid entirely through state grants, Longmeadow would be left to its own resources to pay the upfront costs to replace the lost Greenwood space.

The cost of the regional call center at Greenwood is projected to be $5.6 million.  The consultants made it clear, in response to one of my questions, that the state grants would not make all of those funds available at the outset of the project.  We would have to start tearing down the Greenwood space without a guarantee that the requisite grant funding would be made in the ensuing years to complete the project.  The consultants seemed bullish that the state would eventually provide all of construction and outfitting costs, but we would have to run that risk.  The consultants also made it clear that the state would not be in a position to pay any of the upfront costs to replace the lost Greenwood space.

As this debate goes forward, residents will likely hear much about possible cost savings of a regional call center.  The consultants made it clear that cost is not a reason to choose this path.  In their presentation, they conceded: the RECC “may not result in any major or any cost saving, depending on town and RECC configuration.”  Instead, they maintained that the RECC would result in more professional and effective dispatching services.  For this reason, regionalization is worth careful consideration.

Whatever the relative advantages of a regional call center are, there can be no doubt that tearing down an entire wing of Greenwood will impact a great number of residents through the loss of important services or through higher taxes to pay for new space or a new building.  As the proposed host of this regional call center, Longmeadow faces a myriad of complicated and expensive issues that the other towns will not face.  It is noteworthy that both Wilbraham and Hampden are going to be building new police stations, and it appears there is no appetite to incorporate the regional call center into either facility.

I believe that such a significant pocketbook issue should be decided by voters at Town Meeting.  In addition, this issue must be part of an overall plan that addresses the services provided at Greenwood, the potential senior center renovation or replacement, and other projects that are in the pipeline.  To look at the RECC in isolation would be a costly mistake.  Before we take the first step in this process, we need to know the impact and all of the costs of putting the center at Greenwood since that outcome appears so likely.  Residents need to make their voices heard to the Town Manager and to the Select Board.  The Greenwood gym hosted the Wounded Warrior post-race lunch that served hundreds of people from the community.  Events and services like this are worth keeping.

Alex J. Grant is a member of the Longmeadow Select Board.
His email address is agrant@longmeadow.org.
Posted by Jim Moran, LongmeadowBiz at 10:31 AM No comments: