The Longmeadow Select Board met on January 24 to approve the updated MSBA "statements of interest" for the Glenbrook and Williams Middle Schools.  These documents presented by the School Committee and the School Superintendent contained such a large number of factual errors that Ms. Swanson and Mr. Gold refused to approve the documents.  It is interesting to watch this discussion where the school superintendent and SC chairman tried to push through a poorly prepared document at a time when our town cannot afford to build new or significantly renovate these schools.


I attended the “emergency” SB meeting on January 25 to see if the SOI’s for renovating/ replacing the two middle schools in town would be approved in time for the Wednesday, January 26 deadline at 5 PM. There was a fairly sizable crowd- most of which were School Committee members and School Dept staff. Interestingly enough Ms. Swanson was not in attendance. Given her stance on Monday night, perhaps she didn’t want to be seen as voting no for a school project.

This emergency meeting was called in an attempt to present two “accurate” SOIs to the SB for their approval. The school superintendent spent almost 25 minutes outlining all of the corrections that needed to be made in the SOIs- some of which were to correct some pretty sizable errors in the original document. Additional corrections were added during the discussion. Where was the due diligence by the SS and her staff for such an important document?
When the preface of each of the latest SOIs reads:

"Replacement or renovation of a building which is structurally unsound or otherwise in a condition seriously jeopardizing the health and safety of school children where no alternative exists."

the School Committee is obviously looking to get a high priority status. It is also possible that the "errors" in the latest SOIs, many of which were related to capital improvements made to each school over the past 4 years, were deliberate oversights since it made the story more convincing.
An attempt to discuss the question of affordability raised by Mark Gold was quickly extinguished by Rob Aseltine. Mr Aseltine did comment that he thought the town was not going to be able to afford significant renovations or a new facility any time soon but that this question would be discussed at a future date.

However, the game plan is the same…. submit the SOI…. Wait for the MSBA to give the green light and then start the school building process all over again.  The Lancer Pride group has strong membership and can probably repeat their success once again.
Concerned Longmeadow citizens need to wake up.
Posted by Jim Moran, LongmeadowBiz at 9:18 PM No comments: 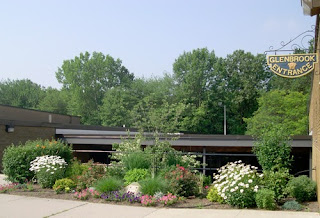 BTW… the meeting is not being videotaped so you will need to attend the meeting at 6 PM at the Police Dept Community Room if you want to view the proceedings.
Posted by Jim Moran, LongmeadowBiz at 12:42 PM 1 comment: