The following article was submitted to the Longmeadow Buzz blog by Dr. Andrew Lam who is a town resident and member of the Longmeadow Finance Committee.

There’s been much discussion in Longmeadow about the next three capital projects we’re likely to undertake: a new DPW facility, a new adult center, and a new middle school. While there’s general consensus that the DPW ranks first in urgency, the overall decision-making process has been somewhat haphazard. For example, at 2015’s fall town meeting the DPW Facility Task Force recommended a new DPW be built adjacent to Wolf Swamp fields; funds were appropriated to proceed with further study and design. Then, at 2016’s spring town meeting, a vocal group of citizens opposed this location and the plan was abandoned. Our most recent town meeting accepted Grande Meadows as the probable DPW location. Unfortunately, our indecision wasted time and money—most obviously the funds expended to study the Wolf Swamp fields location. 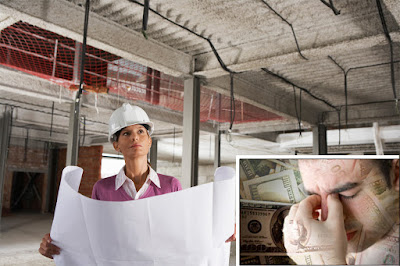 Also at our recent town meeting, a proposal to build a new Adult Center at Bliss Park was defeated. The need for a new Adult Center, and its location, remain hotly debated issues. Ideally, this project should be decided in conjunction with the third looming project—a new middle school—because available land and facilities in town are highly dependent on whether our two middle school buildings are renovated or combined into a new building.

Just as we shouldn’t construct new buildings without a picture of what else will be built or torn down in the next ten years, we certainly shouldn’t proceed without a clear financial plan to pay for them, either. How expensive will these projects be and can we afford them?

As a Finance Committee member for the last three years, I’ve learned a lot about these projects; and, in the event that all three are undertaken, I’d like to lay out, as simply as possible, how they might affect us financially as taxpayers, and as a town. My goal in doing so is merely to provide information, not to promote or oppose any of these projects or any alternatives.

First, a few facts. In fiscal year 2016, Longmeadow had the highest residential tax rate in Massachusetts: $24.33 per $1,000 of home value. The average home in Longmeadow costs about $320,000, so the average tax bill is about $7,786. There’s a state law that mandates the tax rate cannot exceed $25 per $1,000, and our town is on course to hit this maximum in the next 5-6 years. At that point, significant cuts to all departments would be unavoidable. All town officials, from the Town Manager to the members of the Select Board and School Committee, are well aware of this ceiling and share the goal of postponing its arrival.

Funding for capital projects like new buildings can be “debt exclusions,” which means we can borrow the money and the resulting tax increase would not be subject to the $25 per $1,000 limit.

More background. Using round numbers, our annual budget is about $60 million. Our current debt stands at approximately $48 million. We spend about $5 million annually on debt service (around 8% of the budget). Finally, one of our most important goals is to maintain our excellent Moody’s rating of Aa2, because a decline in our rating would mean higher borrowing costs.

The information that follows is based on fiscal assumptions made by our Finance Director, Paul Pasterczyk.

The approximate anticipated cost of each new building project is: DPW $15 million, Adult Center $6 million, middle school $40 million (this is the town’s portion for the middle school assuming the state’s MSBA funds half). $5 million of the DPW costs would be borne by increased water and sewer fees; therefore, all three additions would ultimately increase our debt load by about $56 million.

What would this mean for property taxes?

If we assume the DPW project starts in 2018, the Adult Center in 2019, and the middle school in 2023 (even if we gained MSBA funding approval now, construction would not begin for 5-6 years), plus a 4% interest rate for 20 year terms, then here is a simplified chart showing how each project would increase annual property tax on the average household (home value $320k).

Between 2019 and 2023, the annual tax increase remains about $217, but increases to $749 with the start of the middle school project (about a 10% increase from current taxes). It will remain near this level for several years, but the cost of all three projects will gradually decline to the figures in the final column in the last year of each loan’s 20-year term.

- How will this affect our town budget?
- The average annual cost over the 20-year term of each project is as follows:

Taking on debt of this magnitude always has the potential to adversely affect our Moody’s rating. To counteract this, we should strive to strengthen our town reserves through increased funding to free cash and the operational stabilization fund.

There remains much to be decided. Should the two middle schools be renovated, rebuilt, or combined into one? Should the Adult Center be renovated or rebuilt? If one new, combined middle school is built at the Williams site, would an Adult Center be well-positioned at the Glenbrook site? Would it be more prudent to push these projects farther into the future? Or even reconsider them entirely?

We don’t yet know how our town will decide to answer to these questions, but we know we’ll be best served by taking the long view and considering these projects together, rather than each in isolation. Very recently, the Select Board began contemplating the formation a permanent building committee with this goal in mind.

And yet, there’s something far more important than forming another town committee: citizen engagement. Many townsfolk were opposed to a Wolf Swamp fields DPW site; but, to a large extent, these individuals were not present at the preceding town meeting in which they could have spoken out against the DPW Task Force’s recommendation. Their opposition was heard loud and clear six months later, but we all suffered from this costly delay. The Town Manager has made increased community outreach and communication a priority, but the onus is on us, as citizens, to make the effort to attend town meetings and seek out what’s happening in Longmeadow. Because when our legislative branch is the town meeting, the quality of our government depends on all of us.

Andrew Lam, M.D., is a retinal surgeon, author, and member of the Longmeadow Finance Committee. He can be contacted at alam@longmeadow.org.
Posted by Jim Moran, LongmeadowBiz at 6:13 PM No comments: