A new Senior Center for Longmeadow? The choice before us. 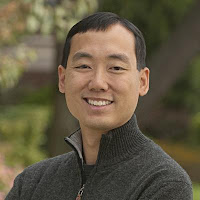 This article was submitted to the LongmeadowBuzz blog by Andrew Lam, M.D. who is an author, retinal surgeon, and member of the Longmeadow Finance Committee.


An important article slated for the upcoming Town Meeting will consider the construction of a new $14 million Senior Center in Longmeadow. The purpose of this letter is not to advocate for or against this measure, but to share information that might help townspeople better understand the pros and cons of the proposal. All that follows was carefully considered at a recent meeting of the Finance Committee.

First, some background. The current senior center is located at Greenwood Park, in a former elementary school that was built in 1964. The building is outdated but functional. The benefits of a new center would include: increased space, a more inviting layout and reception area, and an improved office design that would offer greater privacy for staff and citizens, particularly when discussing social services. Two years ago, an article to consider construction of a new center at Turner Park was rejected at town meeting. Last year, a similar effort to place it at Bliss Park was also defeated. The current article now proposes the new center remain in Greenwood Park, next to the current Senior Center facility, which would also remain and be used in some yet-to-be-determined function by the town.

The most significant development is the addition of a full-size gymnasium to the
plan, which would be attached to the new senior center. This gym represents $5 million of
the $14 million cost. Greenwood Park’s pool and playground would remain. Two tennis
courts would be removed to help make space for a new, 141-spot parking lot. To pass, this
article requires a 2/3 majority vote at town meeting. Thereafter, as a result of the article
being contingent on a Proposition 2 ½ debt exclusion,  it would still require approval by
town vote at the ballot box.

From a financial standpoint, Longmeadow’s main concern is that we are fast-approaching the state’s maximum allowed property tax “mil” rate of $25 per $1000 of home value. At our current trajectory, we expect to reach this maximum tax rate in approximately five years. Once we do we will no longer be able to increase taxes further and cuts to town services and schools will be unavoidable. However, it should be noted that approving a $14 million Senior Center would not bring us closer to the cap because these funds would be borrowed and termed a “debt exclusion.” Hence, it would increase our taxes but not actually bring us closer the looming $25 fiscal cliff. Incidentally, Longmeadow has had the highest residential tax rate in the state for the last four years in a row. To help forestall reaching the cap, the Finance Committee, Select Board and School Committee are unified in recommending a FY2019 budget that reflects a 2.3% tax increase (not the maximum 2.5%), and it would certainly be prudent to further decrease the tax rate in the years to come.

Let me next share some important considerations in favor of this project. There are 4,509 seniors (age > 60) in Longmeadow. That is almost 30% of the town’s population. Out of a $66.5 million budget, only $150k is spent on Senior Center programs, including social services, veterans affairs and the food bank. Out of every dollar spent by the town, seventy five cents goes to the schools (when building maintenance, transportation, debt, pension and health care costs are all factored in). Seniors pay property taxes but do not burden the school system. If a senior moves away, a family with young children may buy his or her home and the town would then bear the cost of educating those children. Therefore, promoting a happy and thriving senior community has not only a very positive social impact, but also a positive fiscal impact on our town. And it is probably not inaccurate to say that the amount of money devoted to the schools versus seniors is inequitable and has been for a very long time.

Clearly, the current Senior Center is not particularly attractive and a gleaming new Senior Center would be a gem Longmeadow would be proud of. There is always great demand for gym space and the gymnasium could be used by people of all ages, and even rented at times to generate some revenue. If the middle schools are later combined into onenew school, there will be a net loss of one gym in town. Finally, if history is any guide, construction costs tend to rise so that building this in the future is likely to cost more than it does today.

Conversely, there are many reasons why one might oppose approving this article. Two years ago, this project was originally presented to the Finance Committee as expected to cost $6-8 million. That figure has almost doubled, primarily due to the addition of the gymnasium. The current proposal is to build a gorgeous new facility with many nice, but possibly unnecessary, amenities such as a glass-walled gymnasium with a raised, second floor running track around its perimeter, and a stage that opens to both an indoor multipurpose room on one side and an outdoor seating area on the other. The size of the facility (24,200 sq ft) not only increases its construction costs but also will increase the costto maintain it over time.

Some townspeople feel we should make do with our current Senior Center, and consider this project more of a “want” than a “need”. Others may support a new Senior Center, but not at this price; they would prefer a more modest proposal, and an obvious option would be to eliminate the $5 million gym, which could always be added on at a future date if desired. Unfortunately, the only way townspeople will be offered a less expensive option will be if they reject this article and wait for that more modest proposal tobe presented at the next town meeting. Finally, this project would be more attractive if there was a clear commitment to private fundraising that would meet a meaningful portion of the cost.

It is important to understand how this proposal, the already-approved $21.2 million DPW project, and a possible future $40 million Middle School will impact our property taxes. For the average home in town which is valued at about $350k and currently pays approximately $8,500 in taxes each year, the DPW, Senior Center, and middle school projects are projected to result in the following increases, respectively, at the outset of each project: $242, $210, $606 (in sum, about a 12% increase above current taxes). It should also be noted that 25% of the cost of the DPW project will be borne by increased water and sewer fees.

The Finance Committee recently weighed all the above factors and voted 3-2 in favor of the Senior Center article. This vote probably illustrates how hotly the merits and costs of  this project will be debated in town over the next few weeks, as they should be. Shall we construct this building to benefit our deserving seniors who have given much to our town and continue to pay steep taxes while receiving disproportionately less benefit? To what degree is a new Senior Center a want or a need? Should we build a gleaming, new building that is second-to-none, or aim for something more modest that is less expensive but still far better than the current facility? Or should we just make do with what we have, and not embark on another expensive building project at this time?
​
The answers are up to all of us to decide as a town. Please attend town meeting on May 8th and help make this important decision.

Andrew Lam, M.D. is an author, retinal surgeon, and member of the Longmeadow Finance
Committee.
Posted by Jim Moran, LongmeadowBiz at 6:04 PM 2 comments: