Libraries are used more than ever

Libraries are the other half of education serving the needs of all residents and supporting learning for students of all ages. Check out the Massachusetts Library Association Value of Library Service calculator to see the worth of your library usage. Or visit Geek the Library to further explore the value of your public library.
Posted by Barbara Fitzgerald, Adult Services Librarian at 4:40 PM No comments:

I have now been writing about Longmeadow’s budget problems for about one year (see A Financial Tsunami Is Heading Toward Us (1/16/09). The situation really hasn’t changed since the last time I wrote on this subject… see Tough Times Ahead for Longmeadow- Part III (12/06/10). 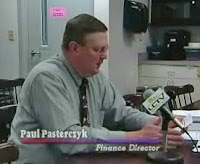 A large majority of the town + school budget costs are employee salaries + benefits so a reduction of $2,100,000 in expenditures likely means significant layoffs and/ or furloughs. Paul Pasterczyk, Longmeadow’s Finance Director stated at a recent SB meeting (12/07/09) that any employee layoffs would also require the town to pay unemployment compensation/ severance benefits that could total as much as $450-600,000.

Achieving a budget reduction of $2,100,000 (~4% of total budget) will not be very easy without seriously affecting the quality of life in Longmeadow. One of the options being seriously considered by some SB members though not voiced during public meetings is the closing of Storrs Library. Closing of the Storrs Library would save an estimated $675,000 but it would be a severe impact to our community given the large number of people who use this important resource on a regular basis. 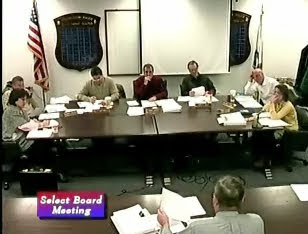 Other options that may be considered by the SB to reduce costs include:
- regionalization of town services including library, DPW, fire, water
- continued consolidation of town departments
- institution of a fee based curbside trash collection

The Town of Longmeadow is also engaged with the Massachusetts School Building Authority (MSBA) on a path to the building of a new high school at an estimated price tag of ~ $80.5 million. Approval by the MSBA will likely come sometime in late March after which the town has 120 days to approve the project. Longmeadow’s share after reimbursement by the state has been estimated to be ~ $44 million. The high school project must be approved at a town meeting and town election (Proposition 2½ debt exclusion override). If the Prop. 2½ debt exclusion override is approved, cost to the average property owner has been estimated to be $1/$1000 of assessed property value or $300/year for a $300,000 home. This is an extremely important project to the town but it would appear to be in serious jeopardy given the current budget crisis and national/ local economies (see my earlier LongmeadowBuzz post- Now Is the Right Time!)

The Town Manager is scheduled to present the proposed FY11 budget (including the School Dept) to the SB on February 26. It will be very interesting to see how the TM manages to balance the budget. From recent SB discussions, it would appear that town employee COLAs will not be included and any potential financial impact will be ignored. At their December 7 meeting the SB asked the School Committee to deliver 70% of the required cuts (~$1.5 million) in their proposed FY11 budget and the Town Depts to provide 30% of the required cuts (or $630,000). They also asked for priorization of the proposed cuts.

Here is what I see taking place later this year….

One thing that concerns me greatly is the lack of interest and/or understanding by many town residents about this current crisis. As I survey residents around town and ask them what they think, many of them are not very familiar with the school building process or the severity of the need to reduce the town budget. It will be too late if town residents wait until the annual town meeting to provide their inputs to town leaders…. the decisions will already have been made.

Now is the time to become involved and provide inputs to our town leaders about how to manage the budget!

[If someone is interested in contributing an article to the LongmeadowBuzz forum, simply send a request to LongmeadowBuzz@comcast.net with your name and address and you will receive an invitation to join. Anyone can post a comment to a posting but we would like to disencourage anonymous entries. All comments on this forum are moderated to eliminate objectionable content.]