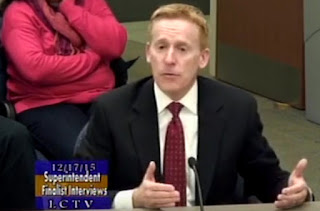 After considerable consultation with their attorney the SC has responded to the formal complaint by evaluating and modifying their policy for posting of public meetings so that the lack of posting does not occur again.  In addition, they are planning to conduct “do-overs” of the two screening meetings that would include approval of minutes but will not constitute a round of candidate interviews.  There would be no review of interview videos or resumes at these two "do-over" meetings.  It is expected but not assured that the vote for the three finalists would be the same given the high ratings each of the original finalists were given.
Posted by Jim Moran, LongmeadowBiz at 5:33 PM 1 comment:

This letter was prepared for presentation at the Park Board meeting on Jan 11th, which was subsequently cancelled.  There are over 75 signatures to this letter which was submitted for publication by Moira Murphy.

To: Longmeadow’s Park Commission Board
From: Moira Murphy and Other Signatories
Date: January 11, 2016


We don’t yet know how the new DPW commission will proceed, and whether it will choose to revisit the analyses and recommendations of the prior Task Force. However, it was very concerning to me and many other residents (a number of whom are signatories to this letter) that this prior committee had identified the Wolf Swamp recreational fields as its preferred site for the new DPW facility. I would therefore like to formally express our strong opposition to this proposal, and call the Commission’s attention to the following points, some of which have already been mentioned by John Glenn:

The proposed facility will be industrial in nature, as it will house more than 30 trucks and other heavy equipment, salt sheds, fuels tanks and pumps, and multiple storage bins for bulk materials. It would be located immediately adjacent to our athletic fields and would be totally incompatible with what is otherwise a beautiful “green” area of Town.

The proposal would involve the taking of up to 25% of the field space, which is currently designated for recreational use. As you know, recreational space within town is already inadequate.

The proposal also involves the loss of at least 2 of the 5 softball/ baseball fields.

The proposal provides for a “potential expansion area” to replace the 25% loss of field space. However, the expansion area has a number of disadvantages:
If the net useable field space were, in fact, reduced, this would have a significant effect on whether the Wolf Swamp fields can accommodate tournaments.Trucks and heavy equipment will be coming and going during the day. It is unclear whether this will present any safety issues after school or during the summer when the
fields are in heavy use.

The existence and availability of parks and recreational areas is clearly a priority for Town residents, this Commission, and the State. Various Massachusetts Regulations and pending bills exist to explicitly govern the change in use of open lands - and protect, preserve and enhance these areas. I also note that the mission of this Commission is dedicated to “developing and maintaining beautiful, safe, and environmentally friendly
open spaces for the public to use and enjoy.”

In closing, the DPW proposal is clearly inconsistent with the mission of the Town’s Park Commission, and the State Laws and Regulations governing parkland, conservation areas, and wetlands. The DPW facility’s presence will be incompatible with the otherwise park-like surroundings of the area and, most importantly, it will likely result in a significant reduction in the amount of recreational area available to our children and
residents.

We hope you will join us in opposing the Wolf Swamp site proposal. 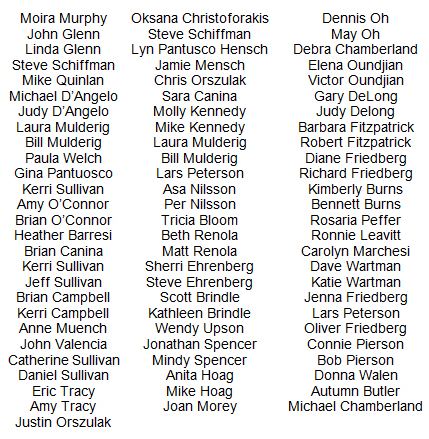