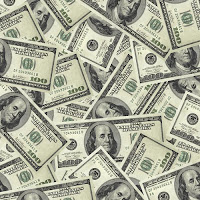 Monday, November 30 is the next Longmeadow Tri-Board (Select Board, School Committee and Finance Committee) meeting during which serious dialog about the FY11 budget process will begin. Select Board chair Bobby Barkett stated at a recent SB meeting that this next Tri-Board meeting was likely to be “very contentious” because of the difficult financial issues facing the town and the likely need to make significant cuts in both town and school services in order to balance the FY11 budget. The difficulties in setting priorities for cutting town and school services presents some major challenges for our elected leaders.

In my previous post summarizing the Tri-Board’s first meeting on October 19, I highlighted some of the major financial issues facing the town of Longmeadow including the following….

As labor contract negotiations continue without agreement, significant budget uncertainties are created which makes the upcoming budget process even that much more difficult. Let me explain further….

The Town currently has very little free cash (appropriated most of it at the October 27 Special Town Meeting); there are monies in special purpose reserves funds (water/ sewer, CPA, etc.) and $2.2 million in the Operational Stabilization Fund (OSF) which is considered the “rainy day” account for funding special circumstances and events. According to Mark Barowsky- Finance Committee chairman, a portion of the money from the last successful Proposition 2½ override ($2.15 million- Fall 2007) was placed in this OSF account for use to maintain services for FY08 --> FY10 and beyond so it might be considered for possible use to help balance the FY11 budget.

Recent efforts led by Town Manager Robin Crosbie and Select Board member Mark Gold to identify new revenue sources ($>10K) which might help balance the FY11 and beyond budgets have not been highly successful and do not seem likely to significantly improve the FY11 revenue situation.

To make the financial crisis facing the Town even more difficult.... it is likely that taxpayers will be asked to vote at the Annual Town Meeting next April (and Town Elections in June) in favor of a Proposition 2½ “debt exclusion” override to fund the new High School project. The Massachusetts School Building Authority has recently approved Longmeadow’s new High School project –estimated at ~ $80+ million- and allowed it to move forward to the Schematic Design phase. It has been estimated by the Longmeadow School Building Committee that approval and passage of this project by town voters will add ~ $1 to the current mil rate which translates to ~ $300/year for a house assessed at $300,000 (~6% increase in annual taxes).

The Town can certainly decide to allocate a portion of the monies in the OSF to help balance the upcoming FY11 budget but not without other implications. If the Town uses a significant portion of the OSF to avoid major services reductions for the upcoming FY11, then there could be a large impact on our bond rating (lower rating --> increased interest costs) when we go forward with the new high school project unless the Town shows how it plans to meet growing budget shortfall in future years (FY2012 --> FY2015).

If one looks at Longmeadow’s annual budget for both school and town related services, you will see that the major component is employee salaries. Any significant reduction in budget spending via reduced town/ school services means employee layoffs. A previous post on LongmeadowBuzz blog asked teachers and other unions to consider a 0% COLA for FY10 as a good faith effort to help avoid/ minimize town employee layoffs.

I would not like to see headlines in the local newspapers….

Given today’s financial reality for many town residents, it will be difficult for Longmeadow voters pass two large Proposition 2½ overrides come next spring. The last successful override in the Fall 2007 passed by only a small majority (6 votes with a 41% voter turnout). We need a new high school but we also need to maintain the quality of life and town related services that make Longmeadow a great place to live.

Let’s hope that both our town leaders can successfully navigate these turbulent financial waters.

Posted by Jim Moran, LongmeadowBiz at 8:03 PM No comments: