This letter was submitted to LongmeadowBuzz by Fran Cress, Longmeadow resident.

This is not an indictment of Skateparks (SP). However, Bliss Park is NOT a suitable location for the proposed Skatepark. Information provided herein explains that position. It also questions the process by which Longmeadow approaches development projects. 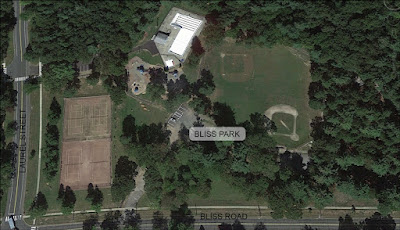 I have been unable to confirm that this proposal was supported by collaborative community planning. I do know that the SP proposal ignored: (a) a Town Vote that denied organizers their request to fund a SP study and, (b) two Town Plans that were developed with community input and are intended to direct what, where, when and how we use taxpayer supported capital for infrastructure, recreational and conservation improvements on Town Land.

(1) The current 2021-2028 Town Open Space and Recreation Plan (OSRP) was in development in 2020. Between January and June of that year feedback from the Town was being collected via Public Survey. The Plan was approved and presented to the community on February 2, 2021
(See Plan).  The OSRP directs related Town planning for the designated period.

Out of 400 respondents to the public questionnaire/survey only 5 respondents expressed an interest in a skatepark, or a 1.25%, an indisputable quantitative measure of lack of support. Of the 146 respondents who provided additional comments, a SP was mentioned only 9 times. A Skatepark did not distinguish itself as an overall priority for the Town.. A "feasibility" study is in the plan - but a "feasibility" study is an assessment of the practicality of a proposed plan or method or concept - it is not a site assessment. A site assessment comes if a feasibility study determines this is something Longmeadow should pursue as a recreational investment based on project's relevant factors (ex: including economic, technical, legal, scheduling considerations, resource impacts, etc.) A task force to undertake a feasibility study was never formed. An ad hoc group led by Alex Grant was already advancing the siting of a Skatepark. They now identify as the Skatepark Working Group.

At a Town Meeting on November 05, 2019, Article 24 for Funding of a SP site study was submitted and failed. Opponents to the Article recommended that any development decisions be withheld until the new OSRP was promulgated. Notwithstanding this lack of Town support, Alex Grant submitted a grant application to the CPC later in the fall of 2019. The CPC, the Town Committee tasked with approving grant proposals for the tax money set aside under the Community Preservation Act, chose to approve the study giving it “tacit” Town Approval despite the Town vote on 11/05/2019. This moved the grant application to Town Meeting on June 23rd, 2020 under Article 30 for Town consideration. The Article passed at this lightly attended COVID Town Meeting under “Consent Agenda 6” with no debate. Curiously, the record for Consent Agenda 6 omits Article 30 in its list, but it could be inferred that it was to have been included.

Special Interest Groups should not be able to co-op limited tax dollars unless their project has been identified as a Town goal. If a citizen or a group of citizens have a new concept they want integrated into a Town Plan they should bring their concept before the Town by offering a series of forums for discussion. Subsequently, the concept should be voted upon at Town Meeting. I am not aware of forums of this type being brought before Town residents prior to November 2019 or June 2020 regarding the proposed development of a SP.

(2) The Environmentally Sustainable Landscape Plan for Bliss and Laurel Park was developed in the Spring of 2020 through collaborative engagement of Longmeadow Citizens To Save Our Parks (LCSOP), citizens of our community and Plan drafters; The Conway School of Northampton. (See comprehensive plan) This Plan was also funded by a CPA grant of $12,000 but, was the culmination of four and a half years of work by the LCSOP to legally preserve Bliss and Laurel Parks as parkland in perpetuity under Article 97 of the MASS Constitution after the Town had attempted to site the Adult Center in Bliss Park. LCSOP prevailed three times at Town Meeting in receiving citizen support, first to stop the development, then to compel the Town to legally document the two Parks as protected and finally to obtain funding for the CPA Grant. During development of this Landscape Plan, a Skatepark was not discussed, requested nor contemplated despite robust community engagement.

The current proposal to site a Skatepark in Bliss Park is being promoted with a blind eye to its future impact. It will be extremely costly to construct and to maintain. It is in conflict with the Town’s expressed desires for these parks. (See attachments.) It will impact the ecology of Cooley Brook, already impaired and designated an “Urban Waterway” whose water quality is being monitored by LCSOP in collaboration with our partner the CT River Conservancy. The brook suffers from dramatic erosion as a result of undersized and deteriorating stormwater infrastructure. The brook and associated parkland environment will suffer further erosion as a result of the proposed SP, a large 15,000 square foot impermeable concrete surface. Laurel Pond whose contours and depth have been dramatically affected by increasing sedimentation caused by erosion upstream will also be further impacted. Both the brook and the pond require significant restoration. Three options were offered to restore Laurel Pond based upon findings from a proposed hydrology study.

If we are to be successful in our Town planning efforts, the Town government must adhere to guidelines and priorities established by constructively developed Town Wide Plans such as the OSRP and The Sustainable Landscape Plan for Bliss and Laurel Parks. An internal screening process must be implemented, through which all requests for tax dollars are vetted against these PLANS to determine whether new proposals are in accord with or in conflict with articulated goals. This should include Community Preservation Act grant requests. Projects in conflict should be set aside and not permitted to reach the floor of Town Meeting before they are presented to the community in widely publicized Community Forums. The Town Meeting is not an appropriate place for dialogue. Rational and Informed discussions do not prevail. Costly mistakes often ensue.

WE ARE NOT USING “TOWN PLANS” TO DIRECT THIS SKATEPARK DEVELOPMENT. Therefore, the following should be noted.

● if public access is limited to Town residents, how will the town manage user identification

● alternatively, if the site is made accessible to non-residents as a “destination skatepark,” similar to the adjacent playground use, what regulations will be promulgated and enforced to limit potential liability costs; insurance, legal, waste management, hours of operation and staffing

● consider the impact to existing infrastructure and adjacent neighborhoods that will result from increased noise, lighting, traffic congestion, parking issues and restroom facilities, the latter two of which are currently insufficient, seasonally locked or permanently mothballed

● does this support our efforts to limit development that impacts our carbon footprint and contributes positively to our climate change initiatives.

Efforts to improve Bliss and Laurel Parks have seen enormous strides forward in the last five years despite limited funding. We are currently in a position to benefit from in-kind funds from The Army Corps of Engineers, National Fish & Wildlife and State Fish and Game to completely remove the derelict infrastructure west of Laurel Pond in Cooley Brook; the vestiges of the former water supply district. We have also just been selected by the CT RIver Conservancy for funding to cover an engineering assessment of the site to outline the best removal process and its potential cost. Our verbal commitment from the Army Corps of Engineers is pending completion of a hydrology study of the brook. This is required to ensure that deconstruction of this infrastructure, which is now a century old, will improve the flow of the brook without detriment and offer us a clear route to select the appropriate option for revitalizing the Laurel Pond area among the three options outlined as possibilities in the 2020 Sustainable Landscape Plan, our subsequent project. The cost of such a hydrology study is not expected to be more than $15,000. We have yet to locate a source of funding that does not require taxpayer dollars.

In light of the above, the fact that we agreed to appropriate CPA funds for a plan to site a skatepark that the majority of the Town did not support is wasteful. The fact that we are now likely to be asked to spend the kind of money necessary to build and sustain said skatepark, on Article 19 conserved land, is disturbing. It may even be illegal, something that will be explored. It is time we aligned our spending priorities with identified and critical issues that support improvements to the Town’s existing, yet compromised and ageing infrastructure AND undertake projects that reflect what the majority of citizens have expressed about their vision for conserved public spaces.

Heavens to murgratroid...
Having been born here 60 years ago...and I still reside here, I can attest there is and has been for decades, a need for a safe and positive release
Of energy and expression for our teens..pre and post included.
I frequent the Agawam dog park often.It is adjacent to the Agawam skate park, and always they have skaters there as well as " younger adults"
Well maintained and a great positive release of
excess energy.